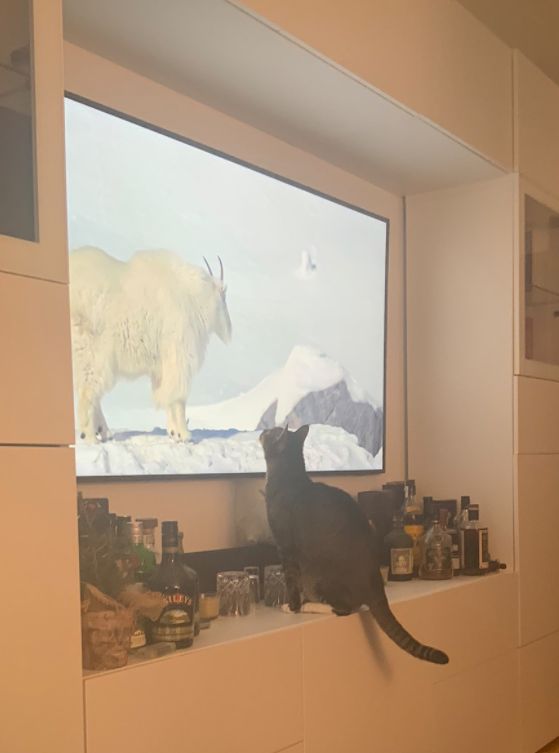 this is why we can’t have nice things

As you may know, I am involved in https://darcy.is, an attempt to build a better social network atop of Solid. The developers are chugging along at a slow but steady pace, expect a new version to come out soon.

Solid itself is a really intriguing and awesome idea: Everything you want to share or publish, regardless of public or for a limited audience gets stored on your Solid Pod, completely uncoupling data from application and publisher.

So your theoretical Facebook posts and likes and comments would not be stored and owned by Facebook. They would just handle the presentation and feed and recommendations and so on. And if you want to change the network, you get to keep all your content and contacts.

Now, the way Solid is designed has one big constraint: You cannot change the URL that points at your pod, ever. If you do, all the links between your content and that of others would get lost otherwise. So, if a pod provider would got belly up, that would be a bad thing.

One of the earliest pod providers is solid​.community. Or rather. Was. The service is shut down. Which is fine, it was advertised as experimental anyway, it was free and purposely only had a very small storage space. It was meant for those earliest of adopters and for developers to see how all this works.

Alas, someone thought it would be helpful to keep it alive and managed to migrate everything to solidcommunity​.net.

Which is also fine and helpful, except two things:

Seriously, my Fellow Nerds, especially if you work on something that promises privacy: These things matter! No one will adopt your project, if you fuck this up, and here, you fucked up quite a bit.

Before you rant at me: Yes, I am quite aware that what I was using was basically a test system. And I bet that 99,9% of all other users of that system knew this too and acted accordingly. I highly doubt that any actual private data was compromised. And I don’t think there is any foul play involved. People did what they thought would be best. But, well, guess what: They thought wrong!

Published on:9. Oktober 2020 Category: testing, working Keine Kommentare zu this is why we can’t have nice things

Let’s start with some context: I’m a Kickstarter backer for the Kodama Obsidian 3D printer. The thing is long overdue, as so often happens for hardware crowdfunding campaigns. The backer communication was spotty at best, but two weeks ago, CEO Michael Husmann started posting video updates where he gave an apology for all the delays and promised more regular updates for the future. So far, that promise holds, and I also had an opportunity to do a quick visit of the Kodama office in Berlin.

The office is as tiny as the Kickstarter Update video shows: One room in a coworking space, crammed full with four desks and a shelf holding 3D-printers and parts. There are printers on the desks too!

So, right from the outset: Kodama is definitely an existing company, and I do believe they are working hard on finishing and delivering a 3D printer.

The Furling situation clearly doesn’t sit easy with the Kodama team, and I can’t say how things exactly broke down, and right now, I also don’t care.

In the end, the situation is as it is: Kodama had to transition from „marketing, product management & fulfilment company with a trusted partner to develop and oversee production“ to „do everything on your own and from scratch“. That is a major pivot with a very steep learning curve.

So yes, they did burn more money than planned when calculating the Kickstarter, but Chris and Michael reassured me that they do have the funds to finish production and ship everything. There’s still revenue from the Trinus coming in for example, and they are also releasing a new Trinus version soonish.

Having to switch their sourcing agent in China didn’t help the schedule either, but the new agent seems a lot more helpful and active.

Nonetheless: I saw a working printer prototype, and the team obviously understands the machine down to every detail. They know exactly which parts will end up in the production model, and are in the process of reviewing all the sourcing offers for them.

A thing that I didn’t exactly realize until today was that they won’t use the standard nozzle/heatbreak system that you for example find at Ender type of printers. Instead the nozzle will be in a proprietary form-factor and being held by a quick-release system, so you can exchange it quite easily. Might be old information to some, but I didn’t know :)

I also quite like the quick-clamp mechanism on the bowden feeder. My current printer is a CR-10S, and the one on the Obsidian looks&feels a lot more finger-friendly!

The PCB has iterated a few times and as of Tuesday, they were eagerly waiting for the courier service to deliver the latest version. The one before had minor electrical noise, easily fixed. If that one tests out fine, they’ll have the golden sample and the PCB can go into production.

But other things are in a bit of flux: The LCD UI isn’t done yet, the app is still being worked on, and most of the parts that comprise the Plus and Deluxe versions are not final yet either.

When I asked for status on the sourcing, I got an exhaustive run-on-sentence answer on how they do it, what kind of things are on the desk right now, and that things are progressing, and so on. What I wanted to see though was a simple burndown chart: We need X parts, have sourced Y, which leaves us with Z. Once we have everything, we need to do steps A. B, and C.

They obviously do know what they need to do and what the status of all these things is. But they don’t have them in a simple list where they can cross them off. Because no one has the time to make that list.

It’s something I recognize as similar to what I’ve seen as an consultant when I was visiting overworked IT departments: They know they have a ton of work ahead of it, and so many people feeling let down and being impatient, they just hunker down and get crunching, pulling ever-longer hours and digging down ever-deeper, never actually getting the breathing room to implement the things that make work easier or faster.

So, when I mentioned that burndown chart, I think I accidentally broke through the fog: Michael immediately understood what I meant, and why it is obviously something they need, so we should hopefully see that in the next Kickstarter update.

To summarize: Those are passionate folks who really want to deliver what was promised. They are fighting an uphill battle. This is partly due to things that happened outside their control, and partly because there were probably some overly optimistic assumptions when starting the Kickstarter campaign.

But they seem to have all the things they need to finish this. As to the when — I am no hardware production person, so I can’t comment on that. But I also understand Michaels reluctance to give any sort of specific timeline after having overpromised one time too many.

Still, I’m pretty positive that I will have my own Obsidian Deluxe eventually. To say it with 3D Realms iconic words: „When it’s done!“

Disclosure: This post would have included ramifications on an idea that a few backers voiced on the Obsidian Creatives Facebook group. Everyone at Kodama seemed pretty excited about it, as it would help avoid delivery delays for a portion of backers. Alas, that idea might very well not work due to technical restrictions, and Chris and Michael asked me to not get anyone’s hopes up, until at least they’ve cleared the unknowns on this. I think that is fair enough, so I leave that part out. 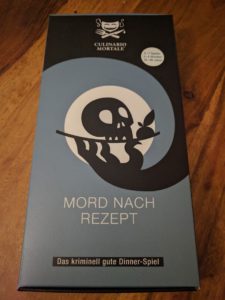 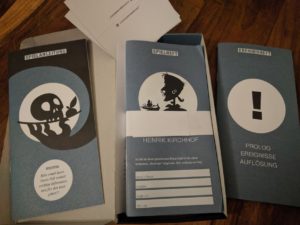